Start-up Social Energy is partnering with Duracell in a bid to crack domestic demand-side response.

The firm thinks it can amass a 350MW portfolio of 3kW and 6kW home battery storage units by 2020.

The company has landed a megawatt firm frequency response (FFR) contract with National Grid, having passed tests for frequency measurement and metering at device level. It is thought to be the first domestic battery company to achieve that feat.

Initially partnering with battery maker BYD during beta phase, it will launch commercially with Duracell in early 2019. The company claims it can unlock greater revenue for home batteries by using machine learning to predict household load and generation and optimise responses at sub-second level. It aims to use its software to export and import at best prices, as well as earn money by providing frequency services to the Electricity System Operator.

Social Energy claims the money it can make for battery owners will drastically reduce household bills, particularly for households that combine solar and storage. Yet 350MW is quite a lot of 3kW battery packs, 116,667 units to be precise, equivalent to penetrating about 13% of the UK domestic solar market in two years from a standing start.

The company, however, is bullish and is looking beyond the UK. “We have the funding, the route to market and the factory capacity to achieve the plan,” director Julian Wiley told The Energyst, though he said the company would concentrate on customer experience over growth. He said the product has been “five years in the making” and backed its algorithms to unlock higher value for domestic DSR than previously possible. Social Energy’s press material states this could be as much as 400% higher.

The company also claims its order book “already stands at 12MW per month in the UK alone”. It plans to use partnerships with Duracell and others to aggressively expand into markets including the US, Australia, Germany and Japan where it is currently testing units.. 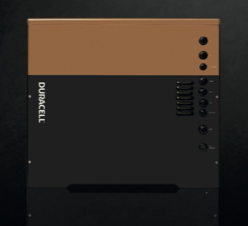